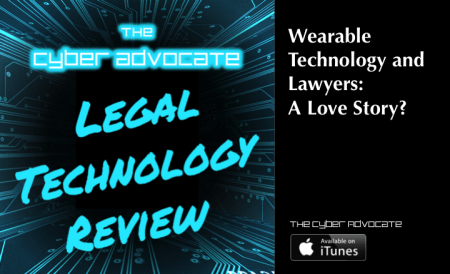 Do you remember how the world responded to Steve Jobs’ announcement of the iPhone in 2007? Despite what now is mostly praise (even Android users have to admit that the first iPhone changed the way we look at cell phones – completely), it was not universally praised upon its release.

“This is no BlackBerry-killer.” – Engadget

So when the idea of wearable technology started to become a reality, there were plenty of supporters. And plenty of people who almost seemed to hope they would all fail. I admit that while I wasn’t necessarily a full-throated supporter of the earlier ideas, I certainly liked where they were heading. Personally, I just want an Iron Man-style Heads Up Display.

The Promise of Wearable Devices

Wearable technology, which consists of basically anything that you can carry with you or attach to yourself and reasonably describe using the prefix “smart-,” has a lot of potential upside. For lawyers, a group that collectively relies considerably on delivery and use of large volumes of information, wearable technology has the potential to revolutionize certain aspects of the law. 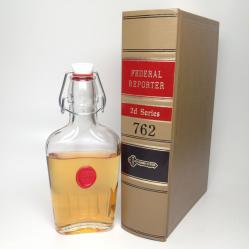 Almost as much as scotch hiding in your Federal Reporter collection changed your ability to practice law after 3 pm.

Think, for example, of a personal injury (or social security disability, or workers compensation) plaintiff. Until recently, you had to advise them about the potential that a private investigator might be monitoring and recording their activity. But at the same time, you never had a truly convincing way of demonstrating their daily issues.

Hand them a Fitbit or an Apple Watch, and the world changes… for good or for bad.

The first true foray into mass-market wearable technology was, unsurprisingly, made by Google. Google Glass was built on what seemed to be a guaranteed hit. After all, who wouldn’t like to have a digital image projecting information about… pretty much whatever. And yet it failed. Spectacularly.

Some attribute the failure of Google Glass to a failure by Google to market the product properly:

“The world “glasshole” has now risen to the same prominence as “selfie” and “twerk” [] As cool as it is, let’s admit that Google Glass will go down in the annals of bad product launches.” – Forbes, April 21, 2014. 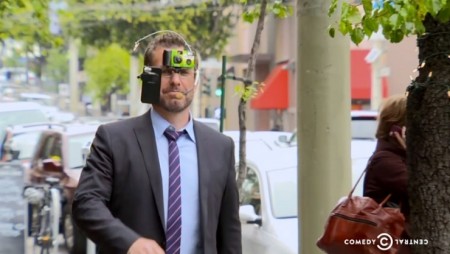 Google Glass was certainly the subject of significant mockery!

However, Nicole Black as a slightly different perspective. Google Glass failed, she says, because it was “ahead of its time.” Sometimes, in creating a new product, the first to jump in is really only softening the ground. As evidence, she cites Google’s re-engineering and re-introduction of Google Glass to enterprise clients.

Lawyers never really showed much interest in Google Glass, either. And before you say that lawyers are “technology averse,” I ask you to look around your office and count how many lawyers own the latest and greatest tech tools. We might not know how to use them right, but we are certainly willing to acquire them!

So the lack of interest in Google Glass is probably somewhat linked to the public’s general rejection. However, as Ms. Black points out, there wasn’t much for lawyers in Google Glass to begin with. While it might be a good way to allow your jury consultant to see the jury from across the country, it also means the jury sees you wearing your Google Glass in court!

Say what you want about the Apple Watch, but it’s done for smart watches what Fitbit did for exercise trackers – brought them mainstream. One of the biggest questions about wearable technology has always revolved around the actual utility of tiny devices.

What can you possibly do on a screen no bigger than a watch face? 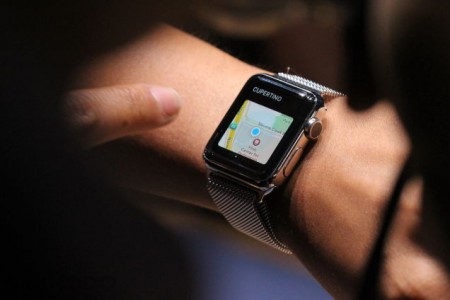 Well, for starters, you can do this.

One simply needs to remember that a lack of an actual keyboard was one of the most-cited arguments that the original iPhone was a failure. The iPhone made up for its lack of a keyboard in other ways. That’s exactly what smartwatches need to do to reach the mainstream. So what does the Apple Watch (and most Android Wear devices) do?

Take or screen phone calls directly from your watch. Yep, full Dick Tracy-style communication is finally a reality! Without taking out your phone.

Stream your notifications, which includes things like text messages, updates from news sources, information from your favorite apps, and, most importantly, Facebook telling you which friends of yours have birthdays today. Without taking out your phone.

Your watch can direct you where to go, without looking at your screen. That means no more colliding with people (or, if you’re me, inanimate objects) on the street. No more falling into open manholes. Your watch guides you with subtle taps. Unless you go in the wrong direction. Then the taps get quite aggressive.

You’ve avoided getting lost. Without taking out your phone!

As I wrote when the Apple Watch was announced, none of the things that Apple Watch is capable of doing today is particularly revolutionary. It might be in the future, depending on the apps it gets. But for now, it’s a watch that connects to your iPhone.

However, in several ways, it will make your life a little more convenient. I dare you to try increasing your convenience for a week, even just a little, and then going back. It’ll be excruciating. That’s why Apple Watch will succeed, even if not right away.

Wearable Technology and the Practice of Law

Whether wearable technology succeeds generally isn’t necessarily an indicator that it’s going to be useful for lawyers. Just like social media, the impact of wearable technology on the practice of law, other than seeing some flashy new watches on some of your co-workers, will likely be treated with a collective “shrug.” The impact will generally be ignored…

…until the one day when you realize what wearable technology is capable of doing… to you… in court. 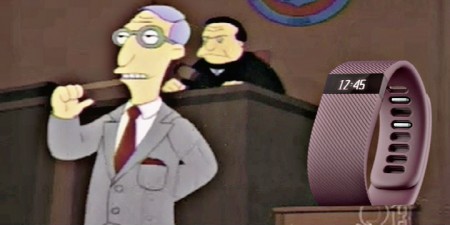 Yes, it’s a metaphor. But it’s not really that far from reality, you know.

Wearable technology has the potential to revolutionize evidence in our courtrooms. Imagine what you can prove with someone’s activity level and location! Fitbit data has already been used to show that a woman’s rape claim was false, and been introduced in support of a personal injury claim.

Imagine what wearable technology could do to the courtroom. Today’s news still relies primarily on newspaper and television reporters recording video for playing later. Will tomorrow’s news be a live feed from (the re-introduced) Google Glass… from inside the courtroom?

I certainly hope so.

Oh, and never forget about the potential ethical implications, particularly your duty to represent your client competently!

I wonder a lot about where technology is headed, so I asked Ms. Black what she saw coming down the road for wearable technology. I was quite entertained by her response:

I’m sure she’s including all of you Android users on Android Wear devices, by the way.

As our discussion continued, Ms. Black said that in her experience with the Apple Watch, it currently contains enough – apps, tools, and abilities – to be useful to her. However, it’s important to note that the third-party app developers have yet to get the chance to really test out the Apple Watch’s capabilities (which have expanded considerably with the recent release of WatchOS 2).

Just as with the iPhone, new apps will likely introduce us to uses for the Apple Watch, and other types of wearable technology, that we simply can’t imagine right now.

The future of wearable technology is, in my opinion, largely dependent on our ability to create small devices that we can actually use. (I know, I’m really going out on a limb there, aren’t I?) As Ms. Black discusses in the interview, there is likely no use for jewelry too small for a screen or a battery…

Until someone finds one.