At that point, I realized that we have given up on email.

I’m all for security in email, particularly for issues of confidentiality or proprietary information/trade secrets. But aside from a few good cloud-based systems, secure internet portals tend to be cumbersome and difficult to use for most people. That’s why I’m officially taking a stand in support of regular email!

We’ve given up on email. Really, we have. And it’s been remarkably quick.

For the longest time, attorneys shunned email just as we tend to do with every kind of technological advance that’s come our way. Yet, over time, it became a part of a lawyer’s routine just like it has for anyone else involved in business. Therein lies its inherent utility – it’s used universally. Since lawyers, doctors, construction workers, bankers, teachers, students, and everyone except for the members of the United States Supreme Court all use email – all the same KIND of email, which is important – its utility is exponentially greater. 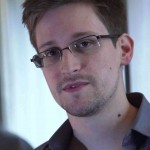 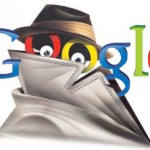 Then came Edward Snowden. And Gmail’s new terms of service (and their ridiculous position that even those who aren’t Gmail users have given implied consent to those terms), and we’ve abandoned our defense of emails.

Someone tell me why the Snowden revelations should result in email correspondence having any less protection under the attorney-client privilege than it did two years ago (although, follow his advice!). What about the government broadly sweeping up correspondence and saving them for a rainy day when they’re bored somehow makes that communication any less private based on the intent and expectations of the users? That’s what the attorney-client privilege is based on – the reasonable belief that nobody else is listening. 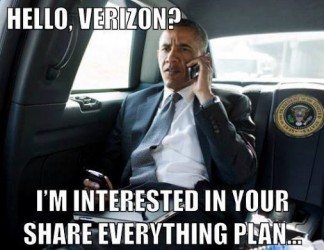 Even without the NSA’s wide-ranging sweeps, the government was exercising essentially unchecked power to obtain that same information with a warrant. In fact, President Obama is trying to ensure that telecom companies have even more protection from civil suits for complying with government requests of dubious validity. So what was so “private” about email and cell phone use prior to the Snowden revelations?

Along a different line, why does Google’s system of scanning emails to generate more targeted advertisements have any bearing on expectation of privacy of the actual content, in context, contained therein. Instead of raising concerns about Google’s actions, we quietly go about our business, accepting that yet another form of ubiquitously used technology – perfect for communication – is no longer properly kept confidential. We’ve even given up when the email is sent from a work email address, a capitulation to the interests of Big Brother, corporate version. Good to know that the script is still good for potatoes at the company store, though!

The whole purpose of the attorney-client privilege is to allow clients to be candid with their attorney while seeking legal advice. Candor is necessary, both for the client to ensure the attorney is best equipped to achieve the optimal outcome, and for the attorney to give appropriate counsel to the client.

Email may be the best available method of communication between attorney and client. It doesn’t require the privacy that a phone call does, nor does it require the considerable inconvenience that meeting in person may entail. Moreover, the more secure options provide a user experience reminiscent of the 14.4 bps modem – and encrypting emails isn’t going to improve overnight.

Instead of just giving up on email, we should be holding the line in ethics committees, bar association panels, and in the state and federal legislature. By giving up on email, imagine what we inevitably give up on down the road: Voice-over-IP (VoIP) phone calls, video conferencing services like Google Hangouts and Skype, and even direct, peer-to-peer online communications. Any client, especially those without the necessary knowledge and skill to be fully versed on the nuances of encrypted online correspondence, deserves to have their communication with their attorney held as confidential based on their reasonable expectation of privacy.

Instead of giving up on email, we need to make sure that this universally used method of communication remains protected. I’m not ready to accept that the only privacy to which I’m entitled is in my head.