5 Keys to Complying with New Ethical Rules on Technology

Despite the fact that the ABA’s new rules on technology are over a year old, there continues to be a great deal of discussion about what they mean. I’ve seen, and been asked, many questions about the extent to which the ABA’s rules now “require” attorneys to be familiar with new technology. During several conversations, it really struck me how differently the new rules can be interpreted. It also struck me how several commentators, most of them legal consultants, have used various news stories taken out of context to push this idea that the new rules are so sweeping in their scope that they fundamentally change how attorneys practice law.

They don’t. However, since so many people seem to disagree, I decided to create this little guide – a “How-To” manual for lawyers to look at when they’re confronted with a question about what types of technology they should be using. So here are my 5 Keys to Complying with New Ethical Rules on Technology:

1) Ignore anyone who claims the ABA Model Rules require lawyers to be competent with technology.

The inspiration for this piece comes from a series of tweets that appear to have been inspired by an article by Megan Zavieh on the Lawyerist, titled “Luddite Lawyers are Ethical Violations Waiting to Happen.” Megan’s article, which is incredibly well-written, discusses how lawyers are being held to higher standards regarding their use of technology. However, the article frequently confuses a lawyer’s duty to be candid with a tribunal with a lawyer’s duties to provide competent representation (e.g. a court’s disapproval of an attorney’s claim that a person could not be located when a simple Google search provided an address). Mixed in to the whole thing is a reference to the recent amendments to ABA Model Rule 1.1.

The recent Twitter debate began asking whether lawyers have an ethical obligation “to employ the best tech to provide better faster affordable service” under the new ABA rule. My answer was “no.” While I greatly respect the people I was debating this subject with, the discussion really lacked a basic understanding by many people that the ABA rules are models, and the ABA has no authority to enforce them on anyone. Moreover, the new language has only been adopted by a couple of states, and even the plain language of the comment only requires knowledge of “relevant” technology, not use.

So unless the person you’re talking to can cite a rule, comment or opinion adopted by your state ethics board, their admonitions are based on a non-binding MODEL rule.

2) Know, understand, and follow the existing rules of professional conduct in any state you are licensed and/or practice law.

This may seem like a no-brainer, but a recent spate of articles about a South Carolina lawyer really got me thinking about this one.

Earlier this fall, a South Carolina lawyer was disciplined for failing to provide an active email address. The attorney had retired, but that did not stop the South Carolina State Bar from sanctioning her. The issue was covered well, albeit briefly, in this article on the Sui Generis blog. That article was referenced in the Lawyerist article, discussed above, in an even more cursory and out-of-context fashion (and under the sub-heading “Technology Competence is Now Required”). Instead of discussing the case, Ms. Zavieh instead used the case to discuss how attorneys refusing to accept new technology were ethical violations waiting to happen. It was almost a scare tactic.

If the article had reported further, you’d have learned this: South Carolina, beginning in 2011, has required that active attorneys provide a physical address, phone number, and email address to the state bar. In October 2012, the attorney in question was told by an appellate court judge, in person, that she was required to provide an email address. She informed the court that she was taking steps to do so, but only set up a permanent auto-response indicating that she was retired.

Over the next year, the attorney was given numerous opportunities to comply with the rule requiring an active email address, and refused. She claimed that she was retired and hadn’t taken on a new client in 30 years, and therefore shouldn’t have been subject to the rule. But here’s the key point: SHE NEVER DESIGNATED HERSELF AS RETIRED! She could have, but didn’t. She was registered as an active member of the South Carolina Bar. And she was refusing to comply with state rules. This case has nothing to do with competently using new technology.

This was not a case of an attorney punished for failing to keep with modern technological advancements. This was an attorney sanctioned for being stupid. Period. This attorney failed to follow a basic rule, after being given numerous opportunities to do so, and being fully aware of the rule. There was no ambiguity, no requirement that the attorney rely solely on electronic communication, or any other ethical duty. Only that the attorney have an active email address.

3) If you undertake to do something, don’t do it negligently. 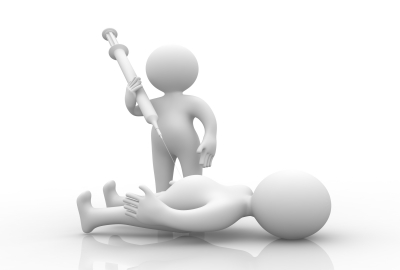 One of the biggest areas of discussion when it comes to the ethical obligations and technology center around eDiscovery. As most of you know, eDiscovery is a relatively new thing to most attorneys. Previously only the province of BigLaw and major commercial cases between huge companies, eDiscovery is now conceivable in nearly any type of litigation. Why? Because we all use computers.

However, legal commentators have again overstated the issue. If we were to take even the most basic admonitions seriously, any litigator who does not know ALL possible aspects of eDiscovery cannot even consider accepting a new litigation matter without an ethical violation. Such a position is nonsense.

The basic Good Samaritan Law is what we should look to: if you undertake to do something, you have a duty to do it in a non-negligent manner. If you accept a case that will involve eDiscovery and you don’t have enough experience, hire a consultant. They’re all over the place! If you’re going to ask a witness about their Facebook account, make sure you know what the terms mean and understand how to authenticate the evidence, just like you would do for any other type of evidence.

4) Even in new endeavors, the rules still apply!

Despite the ABA’s interest in passing a whole bunch of new rules regarding technology and the law, (as I’ve already written) state bar ethics boards are actually doing a pretty good job adapting the existing rules to meet new situations. When approaching any issue regarding technology, the best way to know if it’s ethical is to look to your state bar. Absent a rule or opinion, just conceptualize what the rule would be if the conversation were in person or on paper, rather than electronic.

5) If it’s common sense (or practice) in your personal life, it’s probably a reasonable practice in your professional life.

Look, there are a lot of questions about what truly constitutes “ethical” behavior, and how far exactly an attorney has to go in order to maintain compliance. However, as even the Lawyerist article admits, even most courts will only hold an attorney to what a reasonable use of technology, under the circumstances, would be.

If you would use a Google search to find restaurants closest to your office, then it’s probably reasonable to at least use a Google search to find a defendant that you’ve been unable to serve with process (something that you should probably do, considering that this court performed one on its own just as an exercise). If you would post pictures of your car accident on Facebook and post about it on Twitter, it would probably be reasonable to include those in your motor vehicle negligence discovery topics.

Your ethical obligations are determined by your state bar, not by the ABA, and certainly not by the legal services consultant trying to sell you on cloud-based document storage. Do the research yourself if you feel you’re facing an ethical conundrum, and remember that deliberation, provided it does not result in paralysis, is the best way to address any ethical dilemma.

Even as a huge advocate of the use of new technology in the practice of law, I am relieved that while refusal to adopt newer technologies for the practice of law may place an attorney at a competitive disadvantage, it is not, on its own, an ethical violation.