4 Excuses Law Firms Use to Avoid Innovating (that are Total BS) pt. II 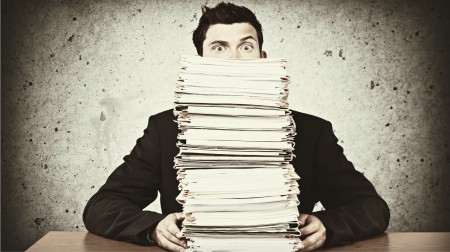 In part I, I described two excuses (the false cost/benefit analysis and the if it ain’t broke, don’t fix it excuse) used for veiling ulterior motives when law firms refuse to adopt innovative tools or technology, how knee-jerk reactions with excuses that cover ulterior motives can hurt a firm, and how a partner that recognizes his or her firm beginning to use those excuses should respond.

What you say: “Installation/upgrading to the new (technology/equipment/software) will take too long.” “Our staff and attorneys don’t have time to learn a whole new software.”

What you’re thinking: “Any time spent by my attorneys and staff that doesn’t equal billable time is wasted.”

Why it’s B.S.: A partner would never hand a new case to an untrained associate. Instead, the partner starts small, case-by-case, trusting the associate with increasingly more complex and important tasks only over time. Why? Because only with training and practice will the associate learn how to handle the various aspects of a case. It’s true generally, without training and practice on your systems and tools, your people will never get the most out of them. (The list I referenced in the last post indicates the #5 reason for an associate to leave a firm is making the practice of law focused exclusively on the numbers.)

A law firm’s employees, including staff and associates, should engage in training and activities that allows them to get the most out of the tools at their disposal. A partner who only quantifies the value of the firm by number of hours billed will routinely overlook the fact that a lot of non-billable development needs to occur for a firm to function at peak efficiency. The constant evolution of business and legal technology demands that adequate time be set aside to make sure all employees are properly trained to get the most out of the tools they have. Law firms who fail to adequately budget time for their associates and staff to receive training to allow them to make full utilization of the software they use regularly, much less new tools and technology, will see the quality of work produced by their firm decline over time.

(Kind of like being the New York Yankees in the 2000-10 years: since they didn’t invest nearly enough in their farm system, they had to overspend on talented free agents. Fail to adequately train your employees, and the only way your firm will have the skill sets to survive in a rapidly changing world will be to constantly hire new people. An expensive proposition!)

While it makes no sense to refuse to train your staff on the tools you have, it’s just as bad to justify rejection of new tools and technology on your firm’s unwillingness to take the time necessary to be proficient in the new systems. Sooner or later, you’re going to have a staff that only has limited ability to use the outdated software your firm has.

What you say: “That software will never be better for (particular task) than my handy legal pad.”

What you’re thinking: “That software isn’t better for (particular task) TODAY, than my handy legal pad, because I don’t know how to use it, and don’t care to learn.”

Why it’s B.S.: This particular problem comes in two different forms: 1) dismissing a tool as inferior if you can’t be proficient immediately, and 2) refusing to consider the full capabilities of new technology based on testing one element of it.

The first type is when an attorney dismisses new tools or technology out-of-hand because the attorney is not more proficient at a certain task after a whole five minutes of practice. Imagine the attorneys who refuse to use matter management software because, today, it’s easier for them to find the information they need in the filing system they’ve used for 20 years than on the brand new software. Therefore, the new software is rejected. They concluded that they will NEVER be better with the new tools than they are right now, after YEARS of practice, with the old tools.

These attorneys don’t seem to grasp the ridiculous nature of their argument: you wouldn’t refuse to drive a car at 16 because, at that point in time, you’re more proficient riding your bike than you are driving a car.

The second type involves comparing the capabilities of a new tool only with what it does similarly to a tool the lawyer already uses. The most frequently mentioned version of this excuse, in my experience, is an attorney who declares that tablets are useless because it’s easier to take notes on a legal pad. Ignoring the multitude of tasks the tablet is capable of performing that the legal pad cannot, these attorneys routinely dismiss new technology based on an apples-to-oranges comparison. Imagine refusing to consider the fact that a car has a CD player as an advantage over your bike, just because listening to music while you rode your bike was never something you thought about.

You’ve worked hard to get where you are. You sacrificed, you learned lessons, and you put together a system that has worked for you. After all that, do you really want to be complacent when someone in your firm approaches you with a new idea? Being comfortable is one of the most unfortunate aspects of success. We talk about how much we desire it, how much we enjoy stability, and how we’re really working to be comfortable. However, in the modern business world, with intense competition invading all aspects of business, comfort is the enemy.