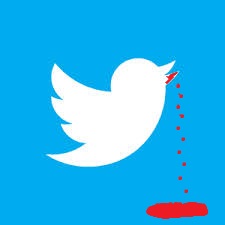 Have you ever looked up the wrong company because their names were similar? Maybe made a mistake when you searched on Google and accidentally thought www.dollarsexchange.com was something OTHER than a currency exchange. (Thanks, Business Insider!) It can be embarrassing, no doubt. Usually, upon realizing the mistake, you try your best to look shamed enough without letting EVERYONE around you know you messed up, and you get the hell out of there.

Ok, now let’s get a little more specific. Let’s say you’re a lawyer (I know, fat chance getting an ACTUAL lawyer to read this blog, but play along anyway). You work for a big firm in, oh, Pittsburg. You practice… well… just for fun, we’ll say you practice various types of real estate law.

And you mistakenly send a Tweet to  @SCOTUSBlog, rather than the Twitter account for the actual United States Supreme Court. When informed you were in the wrong place, your response would be “Go f@ck yourself and die,” wouldn’t it? No? Well apparently Steven M. Regan, partner at Reed Smith in Pittsburg, doesn’t feel the same way.

Note: Since this story hit, the Twitter account for the user posting as Steven M. Regan, Esq. has, of course, been deleted. I have no hard information confirming that this account actually belonged to attorney Steven M. Regan, beyond what has already been reported.

First, as reported by Findlaw’s Law Firm Business Blog the Strategist, the folks at SCOTUSblog routinely receive Tweets from people who think they’re actually a blog for the actual United States Supreme Court. Also as reported by the Strategist, the wonderful folks at SCOTUSblog tend to respond with sarcasm and snarky Tweets instead of politely correcting the original sender.

Here’s how it started:

You may have heard that the U.S. Supreme Court recently agreed to hear arguments about the EPA’s regulation of greenhouse gas emissions. Mr. Regan has. Apparently he was quite happy that the Court had agreed to take the case, but wanted to know that he didn’t support the way the Court handled the Obamacare decision. So, like any reasonable person would do, he decided to Tweet an admonition to the Justices:

“@SCOTUSblog – Don’t screw up this like ACA. No such thing as greenhouse gas. Carbon is necessary for life.”

As you can see, however, his Tweet didn’t reach the Justices, because he sent it to the wrong Twitter account (well, and because he sent it via Twitter – not really the best way to get something in front of the Justices). Being the reasonable people who deal with this kind of thing every day, here was SCOTUSblog’s response:

Funny, right? It’s brief, to the point, and involves more than a little twisting of the proverbial knife. For most people, that’s when you pick up your stuff and take your game home. Not Mr. Regan!

“@SCOTUSblog Go f@ck yourself and die.” Powerful. Childish, but powerful. Ball’s back in your court SCOTUSblog! Gauntlet has been thrown down, your honor questioned, and he probably also threatened to steal your girlfriend in there somewhere. Where’s your snarky comeback to THAT?

Sadly, Mr. Regan’s Twitter account was deleted before any more high-brow banter could occur. Whether this really is a Twitter account for the Reed Smith partner named Steven M. Regan remains unclear. No response has been heard from Mr. Regan, and Above The Law’s attempts to reach him received the following out-of-office response:

Something tells me that he’s going to wish his access was even MORE limited following this little incident. In the event that this was NOT the Steven Regan that his bio would have us believe, then, absolutely, condolences on the loss of a family member, and of all the time you’re going to spend responding to inquiries about your Twitter account when you return. Even if it is his account, there’s always the chance (even if the chance is as remote as FindLaw‘s article suggests) that your account was hacked.

If it wasn’t you, I wish you well in un-ringing that bell. If it was you, a couple things for the future: 1) as FindLaw suggests, don’t Tweet profanity to a Twitter account that has nearly 150,000 followers (many of whom are… you guessed it: LAWYERS!); 2) check out my steps about using social media to respond to a disgruntled client (or this cautionary tale). Sure, the situation isn’t EXACTLY the same, and it’s unlikely that your comments are per se unethical, but they really do represent a lapse in judgment. But big props on suggesting that someone “die” right before you go to a funeral. No chance karma will bite you there, eh?

Note: FindLaw did a decent job of shooting down the “mistaken identity” claim by providing, among other things, a picture of Mr. Regan’s Twitter bio, saved by Google Cache, from shortly before it was deleted. 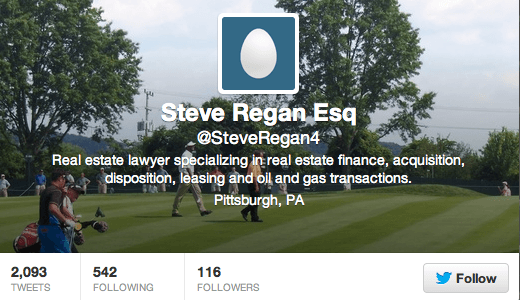